Your business is your baby!

Whether you run it from the Board Room
or your Living Room.

Learn your best options for:

When I was a traditional management consultant…

I would walk into an organization and within minutes have a keen sense of the organizational culture, persistent problems, and potential change strategies.

At the time, I thought I was successful because of my training and years of experience.

Only in my 40s did I realize that my ability to quickly size up and help solve organizations’ issues was not just because of my professional experience, but also my psychic abilities.

For the moment, I am using the three terms synonymously. (See my FAQs for my opinion on the difference between “psychic” and “intuitive.”) An intuitive or psychic business consultant accesses information not available to traditional business advisers. The kind of information – and how it comes in — depends on the consultant’s particular psychic abilities. For example, claircognizant psychics like me provide more comprehensive data than those who just see images (clairvoyants) or sense other people’s emotions (empaths). 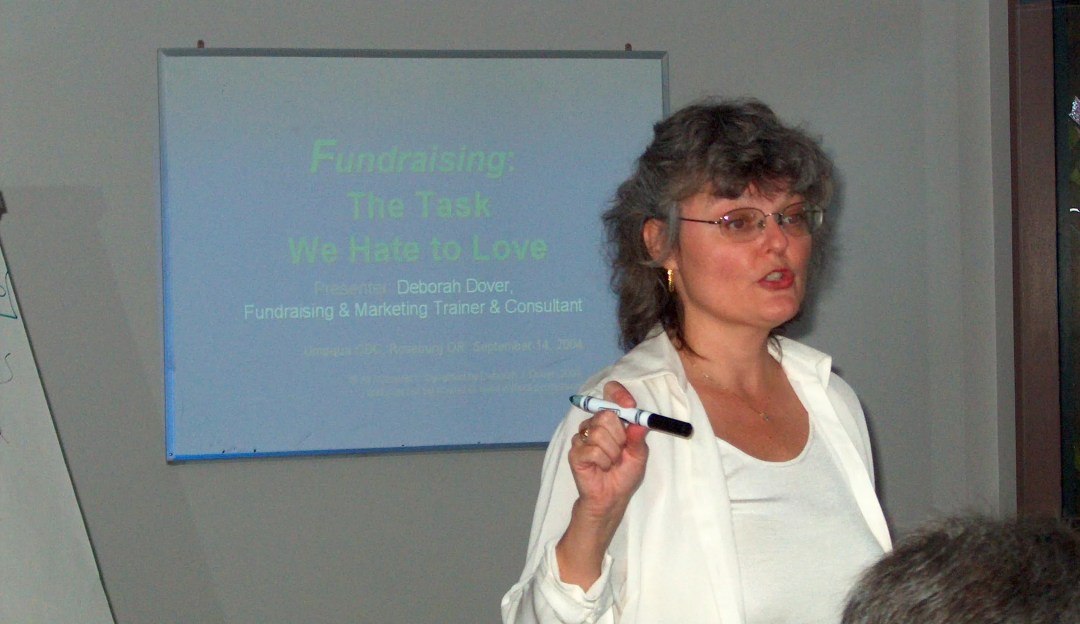 Deborah giving an original training in 2005

I’m a seasoned and ethical professional psychic and an experienced management consultant who has been solving people’s work and organizational problems for more than 30 years.

My first career was in journalism. Then I moved into leadership positions with four not-for-profit organizations, three of which faced crises and leaned on me to basically save them.

That qualified me for a job as a management consultant for a Congressionally funded national network of community development and housing organizations. I subsequently went solo as a consultant and trainer.

“She saved our skin!”

– from a colleague’s recommendation

If you are an Entrepreneur:

The months before you launch are critical. I can help you figure out your best:

And once you are underway, I can help you adjust course, when necessary.

If you are an Executive:

You’re sometimes out of touch with the lower levels of the corporation. Peers might be competitors. I can tell you:

Guard your self while maximizing your company’s success.

You don’t need to pay for months of coaching and on-site visits to get results.

I get the job done faster.

And for a lot less than the tens of thousands of dollars my former clients paid me.

Get started with just a 20- or 30-minute phone or Zoom session.

Our work  starts with a single short session!

Prepare your questions ahead of time and we can cover a lot of ground fast. All I need from you are specific questions and the positions and spelling of first names of the people involved. (Don’t worry, I do not want the names of companies, last names or any other identifiable information.)

Your next step would be a package of three, four or six sessions to get a thorough idea of the value I deliver.

If it’s a good fit, we can then discuss a multi-faceted, individually tailored intuitive business consulting contract to guide your business over a longer term. It can include:

You’ll get answers for specific challenges such as:

Those are all issues I helped people with before I became a professional psychic. Not many intuitive business consultants can say the same! 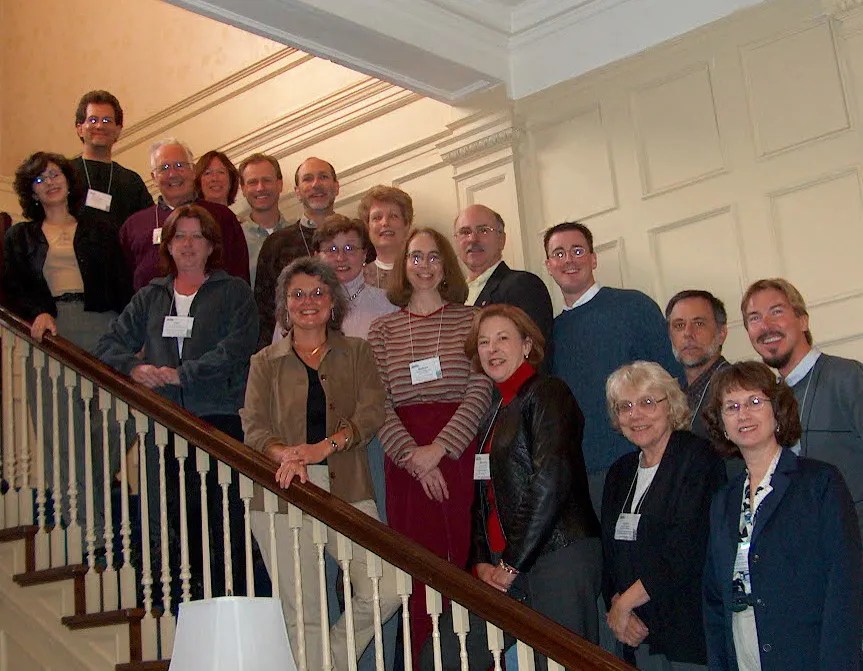 Deborah (front center/left) with clients in 2004, five years before she became a professional psychic.

“Deborah produced really comprehensive information about our organization and its culture.

Her coaching sessions are moving the Board into a much more functioning group.”

You’re not alone (or crazy)!

More and more executives, entrepreneurs and business owners  are consulting psychic business coaches. As long ago as 2015 Fortune Magazine reported that a growing number of successful professionals were using psychic advisers – and making a lot of money as a result. The same year, SF Weekly reported that many tech industry workers were doing the same.

“What role did that person have in what happened?”

“Which of the strategies I’m considering is the best solution?”

“What’s coming, and how can I prepare for it?”

Get started now
with a single, short session.

I will not ask for the name of a company or the last names of people about whom you inquire.

Not ready to book, but want to stay in touch?

Give Yourself The Psychic Advantage™

We use cookies on our website to give you the most relevant experience by remembering your preferences and repeat visits. By clicking “Accept”, you consent to the use of ALL the cookies.
Do not sell my personal information.
Cookie settingsAccept
Manage consent

This website uses cookies to improve your experience while you navigate through the website. Out of these, the cookies that are categorized as necessary are stored on your browser as they are essential for the working of basic functionalities of the website. We also use third-party cookies that help us analyze and understand how you use this website. These cookies will be stored in your browser only with your consent. You also have the option to opt-out of these cookies. But opting out of some of these cookies may affect your browsing experience.
Necessary Always Enabled
Necessary cookies are absolutely essential for the website to function properly. These cookies ensure basic functionalities and security features of the website, anonymously.
Functional
Functional cookies help to perform certain functionalities like sharing the content of the website on social media platforms, collect feedbacks, and other third-party features.
Performance
Performance cookies are used to understand and analyze the key performance indexes of the website which helps in delivering a better user experience for the visitors.
Analytics
Analytical cookies are used to understand how visitors interact with the website. These cookies help provide information on metrics the number of visitors, bounce rate, traffic source, etc.
Advertisement
Advertisement cookies are used to provide visitors with relevant ads and marketing campaigns. These cookies track visitors across websites and collect information to provide customized ads.
Others
Other uncategorized cookies are those that are being analyzed and have not been classified into a category as yet.
SAVE & ACCEPT
Share This
BOOK